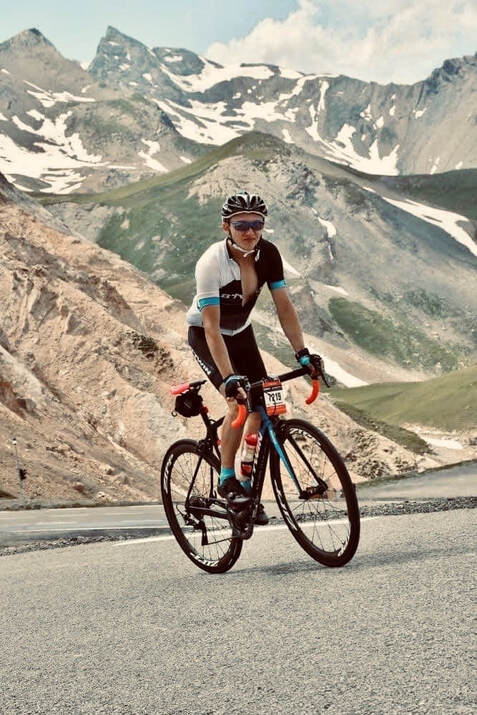 I’m not coming from a strong background in endurance sports at all, but I started triathlon in order to get the physical condition necessary for mountaineering activities. 2019 is my third triathlon year. I started without any sort of coaching or training planification. At the beginning, you can do pretty much what you want how you want, you’ll see some progress.

I did my first Olympic triathlon in June 2017, and my first 70.3 format in October. Both felt harder than anything I did before, which you don’t want to happen during a race. Winter times, end of season, got some rest and was ready to go for a new season full of new challenges. From this point I started to try to build my planning more consistently, after having read quiet extensively on triathlon training principles. It took me less than 2 months to get an injury from poor training consistency. I did too much, too soon. This stupid TFL injury ruined 2018, I would not be able to finish a single race from March to August because I simply could not run. Things got better afterwards I was able to complete my second half ironman in September. I started dreaming about Ironman events, but I could not grasp how to train properly for these type of events by myself, injury-free. I thought maybe it will take me 5 years to complete an Ironman, but even for performing better in shorter races, I needed to train better.


I was already using training peaks by then, so I used the coach matching services. I started with Koa Sports & Greg in November 2018. I immediately saw, week after week and month after month the positive impact on my level, in all 3 sports. And this has been ongoing since a year now, to a level I did not dream of having a year ago. In 2019, I have completed the Embrunman, which is one of the toughest Ironman distance events in France. Leading up to that event, I completed three 70.3 events, including the Alpe d’Huez triathlon which is seen has one of the toughest 70.3 event (120km on the bike with 3500 elevation and a T2 at the top of Alpe d’Huez climb). I have also ran a 1h32 run half marathon at another 70.3 event, placing me 40th in the run split over 1000 participants. I finished 2 Cycling Classics Granfondo, Les 3 Ballons 210km with 4500m elevation and La Marmotte, 180km, 4800m elevation. And I’m about to finish this season by trying to run a sub 1h20 half marathon.
​
I know for a crystal clear fact that this would not have been possible without Greg. It seems like anything is possible with him. He has not only been building my training plan for the past year, he has been building my self-confidence to achieve things. I never thought I would achieve any of the above in this time period. And I never thought that after having achieved these, I would be left with the certainty that I can do so much better. I never thought I would get so much value from that training. And if I’m spending anything from 8 to 15 hours a week training, I want this training to be as perfect as possible. Achievements don’t come without hard work and dedication, but they don’t come without proper training. And unless you’re some sort of endurance expert, no one else can give that to you than a professional coach. This does not mean you can’t train or achieve your goals without a coach. It just means that you won’t leverage your full potential through self-coaching or even a triathlon club.