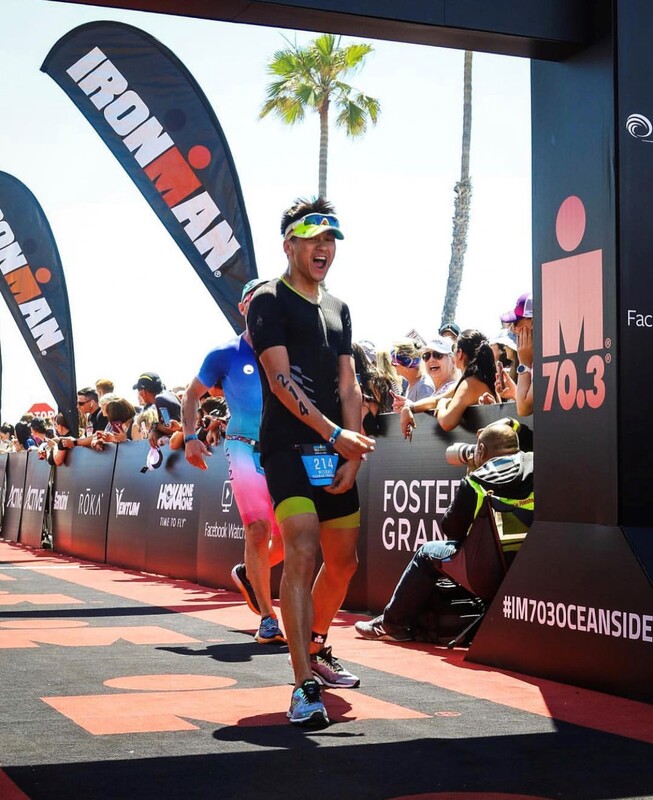 Before joining Koa Sports, I had been following free training plans that I found online (think beginnertriathlete.com, Triathlete Magazine, etc).  In the beginning, they seemed to work quite well. It gave me something to follow each day so that I can maintain consistency in preparing for upcoming races, and each time I raced, I was simply getting faster. It was working, so I stuck with it. Fast forward two years or so, I reached a point where I seemed to plateau: I wasn’t really having breakthroughs anymore (for the 70.3 distance, this was about the 5:35-5:40 mark). I was ready for the races, but I wasn’t really necessarily getting stronger.

A friend of mine (who had been getting much stronger and faster over the past year) revealed to me that he had been under the guidance of a coach (sneaky…). I had always heard what coaches can do for athletes and had always wanted to give it a try, especially more so now that I’ve witnessed firsthand what improvements are possible. So, I decided to give it a go and that was in December 2018 when I decided to sign up with Koa Sports.

Since joining, I can honestly say I’ve become a much stronger athlete. My first race under Coach Tim Ballintine was in April 2019 at Oceanside 70.3 and I was amazed: I felt so much stronger while going faster too. My wife was amazed too because she’s so used to seeing me obliterated at the finish line and yet here I was, smiling and ready to drive 2 hours back home from the race...willingly!

We’re coming up on one year now from when I joined Koa Sports and when I look back on the year, I’m genuinely proud with what I’ve accomplished so far with the help of Coach Tim. In this one year alone, my bike power has jumped up significantly, my run speed/endurance has gotten faster and longer, and my swim endurance has improved as well. Tickling the 5-hour mark (maybe even going sub-5?) in the 70.3 distance is actually within reach now, and that’s something I never would have thought I could do.

In my last race, I set a distance PR (a substantial one), but yet, I was frustrated and unhappy. Why? Because I know I could’ve done better. This is a byproduct of excellent coaching: they will help you reach your goal...and then make you realize how low of a target it was when you are capable of so much more, beyond what we think we can do.
​
So should you join Koa Sports? Yes. We as endurance athletes already have enough to do with balancing family life, work life, and training. Why add more to our plates? There is no shame in sharing the load! Let the Koa Sports team and their wealth of experience and expertise do the planning for you, so that you can focus on the training itself. Have a busy week ahead because of life? Just let your coach know. I’ve had to let Tim know a number of times and he simply moved some workouts around and made some adjustments to meet my needs while keeping my fitness on track. When they say bespoke coaching, they really mean bespoke coaching. We as endurance athletes have to do the hard work on our own, but we can’t do it alone...and there’s no one else I’d want in my corner than Koa Sports.