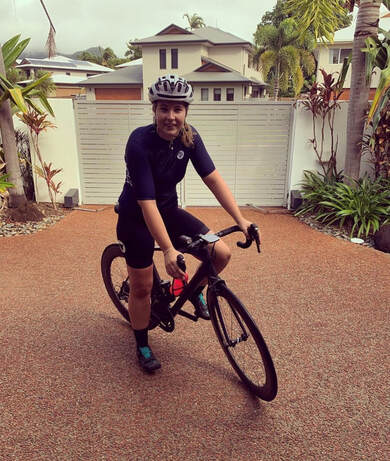 Growing up I’ve always had a love for sport. Whether it be swimming, basketball, netball, underwater hockey. Anything that was realising endorphins ( cause we all know how good that is!)
I first started with Koasports about a year ago now. I had just finished my first 70.3 in busselton and happened to come across Koa Sports through a mutual connection. Over the following months I learned to realise that out of all three disciplines, cycling was the one that I had a true passion for and would love to pursue on its own. Living locally to my coach AKA boss AKA Greg allowed me do some rides and climb hills I hadn’t even thought of doing. Greg is far from being just my coach and Koa Sports I’d far from being just a global bespoke coaching business. It has allowed myself to meet some highly inspirational athletes, build some amazing connections with like minded people and to find a feeling that’s not a place which feels like home.

The boss, well, first of all he’s the boss for a reason. I remember vividly the first meeting I had with Greg and how I knew that the journey I was about to go on and the coach/athlete relationship that was about to be built was going to be once in a lifetime. The first conversion was not straight away about my training that I had been doing or races I had done, he wanted to know who I was, what my story was and the athlete he was about to coach and from that point onwards I knew this was going to be one wicked adventure. He’s the boss because he holds me accountable, he’s gained my respect and he’s the one person that I know will help me achieve my goals. He’s an inspiration to me each and every day.

Recently I was riding with him and on the way home I was thinking you know what: if someone asked me if I could choose anyone in the world to ride my bike next too it wouldn’t be Egan Bernal, nor Julian Alaphilippe (sorry boys) it would be the BOSS. Without a doubt hands down, boss takes the cake. When you find a coach that understands you, your goals and your pipeline dream- there’s no better feeling.

I am not even close to the goals I have planned and the life I wish to build for myself but with a lot of patience, grit and consistency I know that pipeline dream doesn’t need to be just a dream.

Having Greg as a coach and a community like Koasports the opportunities are limitless. For anyone who wishes to surround themselves with like minded driven warriors I highly recommend getting in touch! It’s great to have coaches that drive you, constantly lead by example and push you to reach new limits every week ( literally). If your not on Zwift and racing in the Koasports race weekly get in touch and dive on in and you’ll see what I mean!